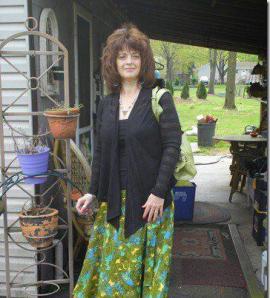 11/24/12
My name is Janet, I have decided to write my story, before someone else might have to do it. So far this is not a victory story, but I do not know the ending….
I came from Canada to come down and marry the love of my life and got poisoned. …Ten long years long distance until I made it to the USA to be with my love. I had health issues most of my life. CFS or now what they think is mitochondrial disease but I had my good times, always tired but never in horrible pain. I had been given cipro in Canada several times for bronchitis.

The first floxing was a delayed reaction to levaquin and prednisone give to me for bronchitis. Three months later I woke up with a frozen shoulder . Pain was like nothing I have ever experience and I have broken bones before from equestrian riding. More cortisone shots into the arm, 7 months of therapy hands on and it healed, but healed damaged. It has been a year and a half and still very painful to this day.. That I could have lived with.. I could still do my jewelry shows with my husband and live life.
A few months later I was given levaquin with prednisone again for bronchitis which was severe. Again three months later I woke up screaming , vomiting and what I think was a seizure OR the drug crossing the brain barrier into the spine as I had a bullet like feeling going through my neck. I could not move my legs without horrible pain, walk, and severe pain hit into my buttock bone area. Off I went to so many doctors with no answers. I started looking through my medications and saw levaquin with prednisone twice and started doing some research.

Then came the pins and needles over my entire body even my mouth and eyes.. Severe pain never let up and days upon months of terror and crying. I carried reports of floxing to my doctor’s only one neurologist said well it cannot be proven but if it is nothing can be done.

Seven months later I have taken a head cold, it set off the pins and needles two fold, pain is now crawling up my spine, chills that never end, severe stomach and gastro problems. I am really not sure how much longer I will make it. The first time the pins and needles lasted for a week all over, now they are over every inch of my body, rashes with little bumps come up, and go away, skin feels like it is being ripped off of my body,, POIOSN is in our bodies, might as well have drank arsenic!
I wake up thinking I must go to the hospital as I think I will die, then stop and think,, that is useless they are the ones that hurt me in the first place. There is no place to go and my friends and family cannot really understand and it is so wearing on them.

No one can understand the pain of this drug, physically and emotionally and the terror that goes with you every day not knowing if tomorrow will be better or worse.

I tried organic, supplements, I have stayed off painkillers but not sure how much longer I can do that, I am worn out totally. I have lost 17 pds and so much muscle mass, I am a shadow of myself.

I think I should be improving somewhat but seem to be still going downhill.

Please do NOT take this drug or any form of it.. They do not care out there, I was not warned of the interaction with prednisone and if I had ONLY known..
I want to thank the people on this site for information and hints when I do write in as I really have nowhere else to turn.. I thankyou for that. For all of you who are still suffering my prayers and hearts go out to you and your family