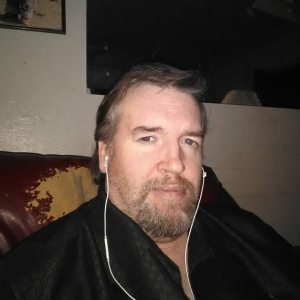 Ten years ago today I had a Liver Biopsy done that confirmed that I had a severe toxic reaction to the antibiotic called Cipro. A medication that should have never been given for a small bacterial infection that amoxicillin would have worked just fine for. Not only did this affect my liver but it damaged my pancreas. This is why I’m diabetic and have been for 6.5 years now. Just 3 days later, I was transferred from South Haven hospital and admitted to Borgess hospital with not only the liver issue but severe pancreatitis and between both issues I was given a very slim chance of making through that first night and those first few days. 17 days later I was released. I totally believe in prayer because of this. There was no way I should have walked out of that hospital alive and a couple of doctors flat out told me that. I know I get discouraged about things with my health these days and use that experience to reflect on. I still suffer from issues from that medicine. Diabetes for one but over the past 8 months I’ve had tests done that show signs of damage from chemo. I never had chemo, never needed chemo… cipro has products in it that is used in chemo. This is why I’m against cipro and other fluorquinolones. Unless it’s a life or death bacterial infection stay away from it. The damage it can do isn’t worth the risk for an uti or other small type of infections. I think it should be banned. It is for animals.

Anyhow on a brighter note, I have had my diabetes under control now for 6 straight years 🙂. I go in every 6 months to get my A1C checked. I was 7.6% when i was diagnosed with it. By the first 6 month check up i had it down to 5.9% and been running between 5.4% – 5.8% ever since. I only take one 500mg dose of metformin a day and the rest is diet. I can eat and drink whatever I want. I just carb count and offset with higher protein foods:). No matter how my legs feel or my back and at times can barely walk at least I’m winning the battle on the most dangerous issue I have. I just need to remember this everyday. But I’m still going to have my discouraging days but I need to remember when I feel like things couldn’t get any worse I’m only lying to myself. If I had uncontrolled diabetes it could get worse! Take care everyone.

** The story above is truthful, accurate and told to the best of the ability of the writer.  It is not intended as medical advice.  No person who submits their stories, nor the people associated with this site, diagnoses or treats any illness.  The story above should not be substituted for professionally provided medical advice.  Please consult your doctor before trying anything that has been mentioned in this story, or in any other story on this site.